Ready to Work Together

What you need to know about the Solar Eclipse & My Father's Advice to Me. Love Ya, Dad!

Spend just a little bit of time talking with Eddy Milanes and you'll know who you're working with--a fun, energetic agent who knows his stuff...

My Dad's passion has been always been astronomy and photography, combine those two together with a splash of an electrical engineer and a hint of OCD.

We have one of the most passionate Cuban Astrophotographer in Simi Valley. He loves the universe and all its adventures. I have been fortunate to see Hailey Comet in 1986.  He booked a family cruise in the early 90's to view another solar eclipse.  That man has stayed up countless nights taking pictures of stars and planets.

This year marks another adventure for the record books. He is currently in Weiser, Idaho to tackle this year "Great American Eclipse. "

Weiser Idaho will have a little over a full 2 minutes of total darkness.  Perfect recipe for Cuban with Telescope and an Expensive Camera.

I tried for a video, but he declined due to preparation. We have been in constant contact and he has arrived and already negotiated a space for his observatory at a locals house. I learned from the best.

He has advised me of just ONE safety tip for this year's eclipse with his Cuban accent.

"JU KNOW WHY, SON...DON'T BE  DUMMY AND PUT ON YOUR ECLIPSE GLASSES I GOT YOU SO YOU DON"T END UP BLIND!" 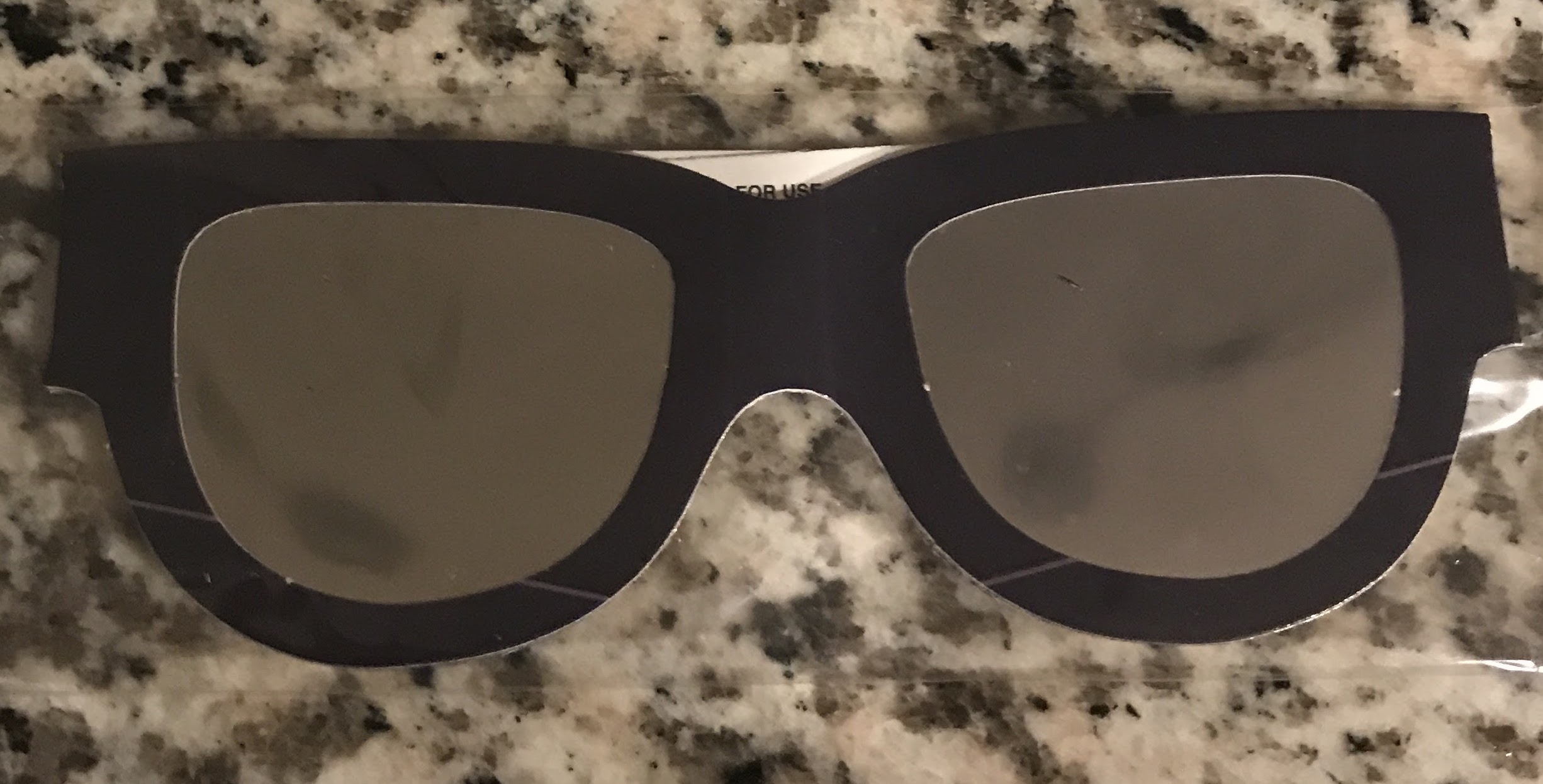 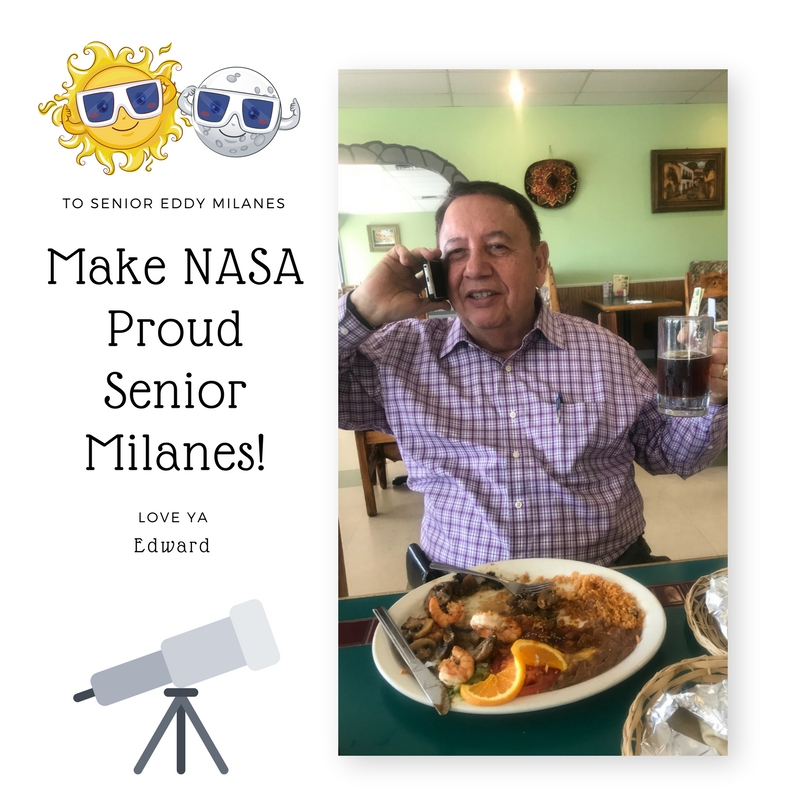 What you need to know about the August 21st  Solar Eclipse. 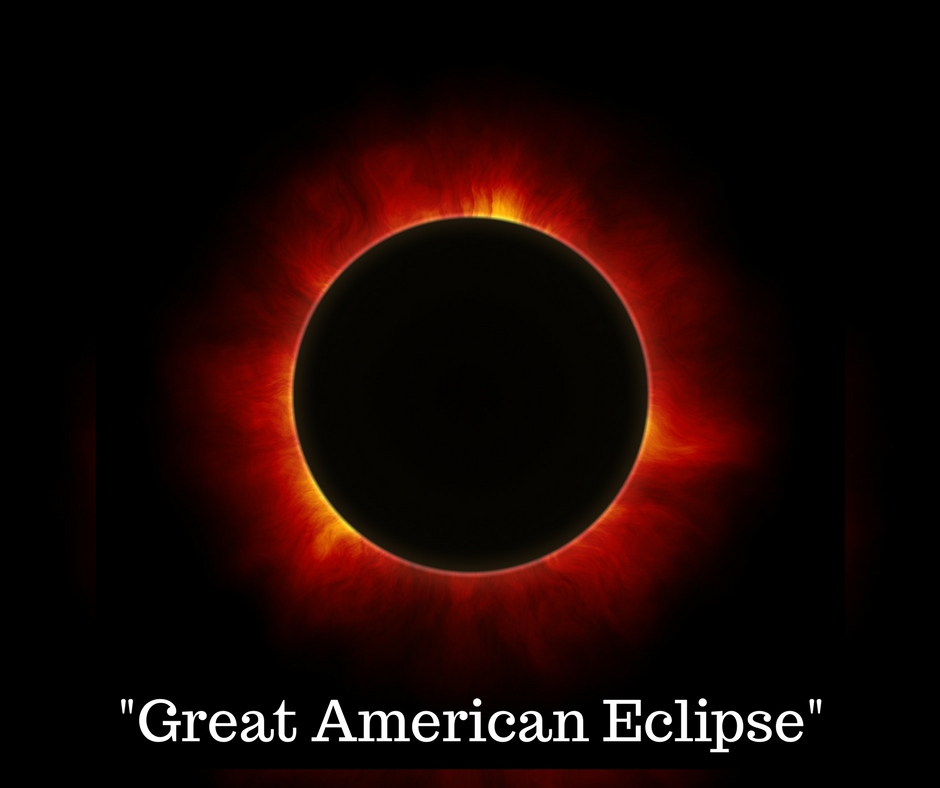 The total eclipse will sweep across 12 states in a little over an hour and a half. Stretching all the way from the coast of of Oregon to the eastern edge of South Carolina, the moon will momentarily block the face of the sun, sending the land below in darkness, making stars and planets visible in the middle of the day. 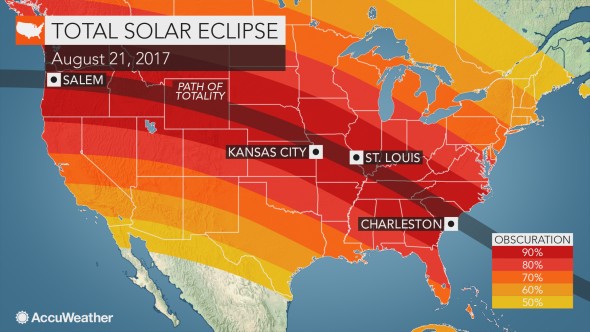 What is a Total Eclipse?

When will it occur?

The totality begins at 10:15 am in Lincoln Beach, Oregon and will travel at roughly 1,500 miles an hour and end in Charleston, South Carolina around 2:45 pm.  It will make its way from Oregon to Idaho, Wyoming, Nebraska, Kansas, Missouri, Illinois, Kentucky, Tennessee, Georgia, North Carolina and South Carolina.  Because of the moon orbits around the Earth at a pace of 2,100 miles per hour,  each spot on the path will experience only about 2 minutes of the totality.

Why is this so important?

This is a rare event.  It's the first time the path of totality will eclipse only over the contiguous United States.  The last time a total eclipse occured in the US was 1979.  The next time a total solar eclipse will cover from coast to coast will be in 2045.  Even though the next total solar eclipse will occur in 2024, it won't be till 2045 that it will travel across the entire US.

How to view it?

Scientist warn that you should never look directly at the sun unless you are within the the path of totality and it is completely covered by the moon.  Purchasing a pair of eclipse glasses is the best way to protect your eyes and view this rare phenomenon.

What can we see in California?

Californians will only see a partial eclipse.  The sun will look more like a crescent.  67% percent of the sun's light will be blocked out in Northern California and 62% in Southern California.  The eclipse will begin at 9:02 am and will last until 11:54 am.  Scientist believes that at 10:21 am on August 21st the eclipse will be at 60%, the most we will see here in Ventura County.

Where can I find out more information?

NASA has a whole page dedicated to all the information needed for the Total Solar Eclipse.

We hope that you set you alarms and experience this "Great American Eclipse".

Schedule a 1 on 1 with Eddy

We use cookies to enhance your browsing experience and deliver our services. By continuing to visit this site, you agree to our use of cookies. More info